Once again I am helping my best friend make a bunch of money selling pretty things, and once again I am booked pretty solid with shit to do. I want to just rip off these pants like they were tearaways and flounce into a bunch of yallses apartment buildings but ALAS I am a responsible dude. SO here are some places I'll be guaranteed to be if you're also super fucking busy and want to breeze through my life like a lovely zephyr:

- THURSDAY: Rotofugi (on Chicago/Damen) from 6-9 for Daniel Danger's gallery opening. There will be soda and snacks and a bunch of artwork which will let you all understand why I stopped trying to be a comic artist when I met the kid in seventh grade.
- SATURDAY AND SUNDAY: At the Pitchfork fest, specifically at Flatstock, more specifically at Daniel Danger's table. Unless Boris is playing, in which case I'll be hooting and weeping somewhere near there.

Other times and places involve lugging a shitload of boxes around or pingponging between hither and thither, so call me on the legit if you want to try and work something out in the in-betweens, which I would love to do. The only caveat is that I forgot my phone charger at home, because I'm a dumbass, so keep tryin' the rang rang and eventually I'll figure out how to charge it.

I have no idea when I started this entry but I need to finish it so that I can post something else. OK GO

MY NEW FIVE-YEAR PLAN
You guys are welcome to come visit, but let me know beforehand, since I'll probably have to install some rifle turrets and lazer mesh to keep German pirates out and unicorn thieves out. 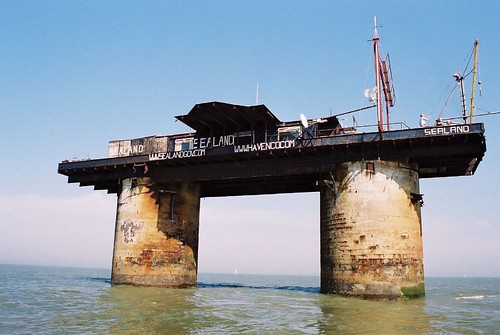 PROBABLY the best song ever written.

We had dinner, and now we drinkin Cisco

EXCEPT that above all despite the casual racism and weird haircuts THIS is probably the BEST song ever written.

All my drafts boiled down to this:

I'm really glad that there's a tool that lets us cherrypick the best and worst from the web and lets us turn our huge smart lovely brains on it all, quicky-quick, hammer-simple. Now let's get a tool that makes it easier to pick our own brains.

From the Livejournal homepage:

food_in_fiction
For helping writers get more specific and more exotic about the foods they include in their stories.

Like, I didn't take a whole shitload of fiction courses way back to understand that verisimilitude in fiction's trappings is bypassable, and I know half of you already moved to Tumblr already1 so this is a little like looking at half a deer beside 84 and going "Ugh, you got ants all in your fur, ugly," but there is some tiny part of me that is imagining a foodblogger hopping the rails directly to novellas and aiming their prose gastrointestinals first and now I want to preemptively suppress this. Like, "Marcella unknotted her shoulders at first sight of the edible menu." Like, "Jean-Benoit had cleverly hidden the engagement ring inside the core of the fourth flight, breast of anjou pigeon guarded by grated joselito ham and beetroot foam." Aw hell yeah, check me out getting grumpy at things I made up. It's like I never even left.

1 Look for my thoughts on this in a mere five minutes, part of this Livejournal series, "Stephen relives his glory days of posting seven times an hour."

Lessons We Can Learn From Zapped! (1982)
1) In order to attain active psychic and telekinetic powers, you need only weed, Beer-brand beer, and quick-growth formula. Maybe also an Erlenmeyer flask.
2) Jason Schwartzman was lab-grown after some prescient Hot Dude Researchers studied the first four minutes of this film and said, "Oh, well, duh."
3a) Things which were more common in the 80s:
- Necking
- Awkward conversations
- Dogs named "Alfie"
- Beer-brand beer
- Mooning
3b) Things which, while briefly of favor, are again becoming more common since the advent of Zapped!:
- Massive, Charles Nelson Rielly-style eyeglasses
- Extravagant polo shirts
- Weed
- Classic Trek
3c) Things which will never go out of style
- Breasts
- Science
3d) Things which should come back in style
- Double breast pockets
4) It is perfectly acceptable to leave terrifying marionettes in the corner of one's room, staring into middle distance, even if this room is, chiefly, where you masturbate.
5) Eye lazers will never be something that any one of us won't always secretly desire.
5b) Hence, I guess, Zapped Again!.

I have befriended the Three 6 Mafia, and they have in turn entrusted me with the secret of Juicy J's new line of top-shelf vodkas. I am the only person besides J, DJ Paul, and Project Pat to know how it is made, and am expected to keep the distillery alive in case something happens to one of them (or, presumably, they get too high and forget).

Later that evening I receive a mysterious invitation to an old factory, which, while anonymous, mentions several events in the body that only a close friend of mine would know. I show up at the factory, alone and (stupidly) unarmed, whereupon I am ambushed by Crunchy Black, estranged ex-member of Hypnotize Minds. Quickly, in self-defense, I pick up a fire extinguisher and clock him in the head, hoping to keep him away from me long enough to make an escape. Unfortunately, in the dream I am much stronger, and manage to accidentally concuss him.

When he comes to, it's clear that I've managed to really scramble his brain, so I pull him onto a chair and apologize profusely. "No," he says, cutting me off, "don't feel bad. Maybe we've been too hard on J and Paul. Quickly -- take your formula and run. Gangsta Boo and Da Koopsta Knicca will be here any moment." I leave the factory and am immediately mobbed by the press, asking me about my recent inclusion into the Hypnotize Minds family, and as I break free I hear the wail of Gangsta Boo discovering Crunchy Black slumped over in the chair, and I run.
Collapse